Busting the 4 big myths about moving to Office 365 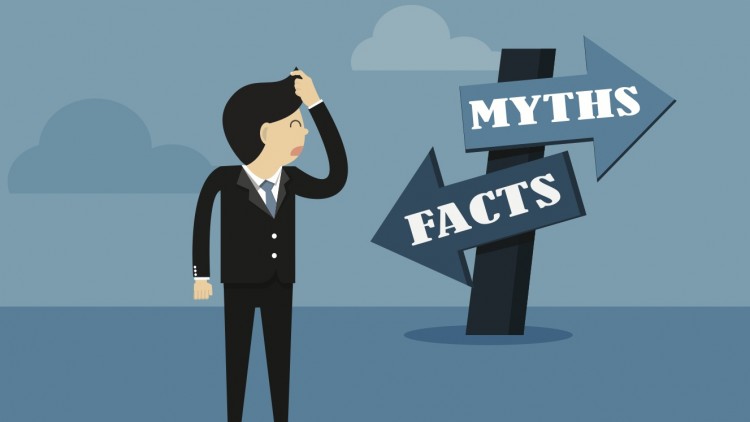 Considering Microsoft Ofﬁce 365 as your ﬁrst step in moving to the cloud? Like any other applications, there may be some inconsistencies in your research giving rise to myths which make it difﬁcult to separate fact from ﬁction. Here are our top four – dispel these ones and make a more informed decision.

1. Myth: If your data moves to the cloud, your business no longer has control over it.

Fact: It’s your data, you can (most do) retain a local copy and you have total control over it and your technology (but the IT department doesn’t have to worry about constant updates).

Moving to the cloud means time spent maintaining hardware and upgrading software is signiﬁcantly reduced—eliminating those headaches. Your IT team can focus on advancing technology, rather than being a repair service. Plus, you’ll have more time to spend improving business operations and launching agile initiatives. And you can say goodbye to spending capital budget on servers for email storage and workloads.

2. Myth: Keeping data on-premises is safer than storing it in the cloud

Fact: Security and uptime in the cloud beats anything most businesses could afford (and come standard with Ofﬁce 365).

Don’t take our word for it: “It’s becoming increasingly clear that your on-premises systems aren’t inherently more secure than they’d be in the cloud,” said Mark Anderson, founder of the INVNT/IP Global Consortium, a group of governments and security experts solving the growing cybertheft problem. “Many companies are routinely hacked and don’t know it,” says Anderson.

Even if your company has a growing security team, businesses can rarely assemble a team large enough to uncover and protect against the hundreds of possible alerts that come through each day. When you switch to Ofﬁce 365, Microsoft acts as an extension of your security team. Its dedicated security team uses a wide range of processes including the Security Development Lifecycle; trafﬁc throttling; and preventing, detecting, and mitigating breaches at an enterprise level. And, Microsoft Ofﬁce 365 has a 99.9% ﬁnancially backed uptime guarantee.

As a matter of fact, the number of security standards and certifications Microsoft has is longer than your arm. Here’s an overview.

3. Myth: I have to move everything to the cloud. It is an all-or-nothing scenario

Fact: Some, all or anywhere in between: move to the cloud at your own pace, or use a hybrid approach.

Digital transformation is all the rage these days and moving to the cloud is a big part of that. But it doesn’t have to happen in a ‘big bang’. Quite the opposite; for most companies, a ‘steady as she goes’ approach (which often starts with email, backup and restore, and then productivity applications) is a sensible way forward.

A hybrid cloud offers consistent platform that spans data centres and the cloud, simplifying IT and delivering apps and data to users on virtually any device, anywhere. It gives you control to deliver the computing power and capabilities that your business demands and to scale up or down as needed without wasting your onsite technology investments.

Once you’ve tried and tested some cloud solutions and started creating a hybrid platform, we’re confident it won’t stop there (the benefits are real, in other words). Even then, it is unlikely for most companies to go all in, as moving into the cloud and transforming is a journey with many dependencies. Some applications might be better on-premise – and that’s just fine.

4. Myth: Corporate spies, cyberthieves, and governments will have access to my data if it is in the cloud.

Fact: Not any more or less than if it were in your own data centre.

This was long a top fear about using the cloud for many businesses. While theoretically a possibility, it is a practical impossibility. As we’re already outlined in Myth 2, Microsoft’s ability to provide multiple layers of security for its millions upon millions of Office 365 users far exceeds that of the average business.

Then there is the way your deployment is set up. It is your IT team that manages access, sets up rights and restrictions, and provides smartphone access and options. Further, your company remains the sole owner of its data, in exactly the same way as when the data lived on your own premises. Microsoft doesn’t mine your data for advertising or for any purpose other than providing you with services that you have paid for. If you choose to leave the service, you take your data with you.

Privacy controls means only those who are provided access have it, and they can only see what you allow, while extensive auditing and supervision prevent admins from unauthorised access to your data. Finally, Customer Lockbox for Ofﬁce 365 leaves customers with explicit control in the rare instance a Microsoft engineer may need to access customer content to resolve an IT issue.

If you haven’t considered it already, now is the time:

Serverless SaaS: How to use API Gateway, Lambda, DynamoDB, and S3 to architect a multi-tenanted application
Written by Andre Tupara Morrison
microsoft-office-365